I am a children’s entertainer with almost 20 years experience starting way back as a coat style entertainer for a private holiday camp then Haven and finally Airtours before setting up on my own.

I provide a mixture of children’s entertainment including magic shows, discos, games, balloon modelling, circus skills, close up magic and mix and mingle.

I do travel pretty much anywhere and this year I am travelling down to Skegness for a couple of dates on a holiday camp.

All my electrical equipment is PAT tested, I am a member of equity and hold £10m PLI and I also have a DBS check.

Based in Wigan I have been providing top quality, fun, friendly and modern entertainment since 1990 to a range of events.

I have provided entertainment at Birthday Parties, Christenings, Weddings, Schools, Nurseries, Holiday Clubs, Hotels, Holiday Camps and fun days to name just a few and can travel to just about any part of the country 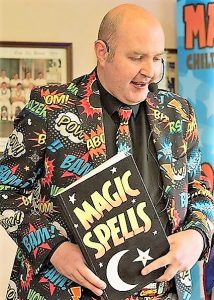 Magical Disco Party is by far the most popular package I offer and is suitable for children of any age and the grown ups have to get involved too!
It features:

My Magical Disco Party is truly unique and is an action packed 2 hours of fun, laughter and excitement with a little break for food and for everyone to get their breath back.

The birthday child of course will be the star of the party and will get to play my version of Deal or No Deal where they could win some awful prizes like a free take away……..menu! But hopefully they’ll win the star prize,. We’ll even have a go at making a birthday cake if I can remember where I put the instructions.

Their guests of course will be able to help me too, either by cheering on my helpers and shouting things out to me or even by helping me with a little game known as The Big Race. This is where the adults want to win the race and steal the star prize from my helper. But that’s never going to happen!

There’s even my helper who never turns up on time so I’m left having to draw a picture of him. Somehow he actually comes alive and start’s annoying me. Oh! His name is Drew……because I drew him!

After the magic show it’s time for a quick couple of games before we stop for a break and the birthday cake ceremony.

All my games are none elimination so even the guests who hate joining in games because they are scared they will be “out” can join in because all of my games involve everyone all the time.

My games include: magical musical snap, corners, plate spin challenge, limbo and sometimes to me and carry on musical chairs.

I will provide all the prizes for the games so you do not need to go to any extra trouble or expense, these are included in the package. These are things like small toys, pencils, rubbers etc. Not a bag of sugary sweets.

Towards the end of the party I will make each of the guests a balloon model of their choice as a small gift for joining in with the party.

Ideal for older kids is my 2 hour Disco Party which is available for all occasions.

Older kids find a magic show a bit too “babyish” for them and they just want to get dressed up and party with their friends and have a great time!

The two hour disco party gives them everything they want to be kept entertained. There’s a full size professional disco setup complete with some great lighting and effects machines such as a bubble machine, haze machine and snow machine (venue permitting) which will turn any room into a club type atmosphere.

I will be playing the latest chart hits that are popular at the time and you are more than welcome to send me a request list of songs prior to the party should you wish.

Not only will we all be dancing away to the current number 1 but I will also be playing a few party dances and if you don’t know the actions I can easily teach you them. The Cha Cha Slide, Saturday Night, Macarena to name a few will be played. That is if you want them to be!

Breaking up the music there’ll be some great party games such as The Plate Spin Challenge, Limbo, Up and Under and Who Let the Dogs Out? Just a few I normally play.

All my party games are none elimination and everyone joins in all the way through. Everyone gets a prize for joining in as I want all the kids to have a great time and thoroughly enjoy the party entertainment.

To get us all in the party mood too I bring with me some glow products like arm bands, necklaces, glasses and inflatable products such as guitars, microphones and saxophones all of which make for some great pictures and the kids all rock out to the latest charts and party songs.

There is of course a break for refreshments just after half way through and for everyone to get their breath back ready for the second half of action packed, fun filled, dance your socks off party fun!

This is a spooky 2 hours of magic, games, prizes, disco and balloon models.

Featuring Nutty Nora the Witch in the book, Sam the spider in the can, Drew the drawing that comes to life and a game of fright or no fright!

This package is great for children of any age and they’ll be laughing, shouting and screaming throughout.

Following on from the magic show it’s in to our games where scary snap starts things off.

All the games are none elimination games and I provide all the prizes.

There is nothing for you to do other than request a party quote and book me!

I bring my own speaker system for all the spooky sound effects during the magic show and for all the music during the games. I even bring along a smoke machine and some lighting to make your venue that little bit more scary!

Every year I get booked for Christmas parties months in advance, sometimes as early as January. My availability especially at weekends reduces as we get nearer the festive season so my advice to you is to book as early as possible.

It’s not just stage style shows I can provide but a range of entertainment suitable for fairs, markets, store promotions, open days, festivals, the list goes on and on.

From balloon modelling for a couple of hours in a restaurant to a full day performing close up magic in your visitors hands, circus skills workshops and balloon modelling I can do it all and you’ll be surprised at how competitive my all day rate is.

I have been booked in the past by a number of restaurants to make balloon models for the kids whilst they wait for their food to be made and the Managers have always received great feedback and been told what a great idea it is to have me there. I do like to make more elaborate ones than just your normal dog and sword but I can easily do them too.

If you are a family restaurant considering booking something to keep the kids happy then please do contact me and let’s discuss your requirements. You could even book my Halloween and Christmas parties and sell tickets for them.!

Large companies have also booked me for their family days to provide mix & mingle close up magic and balloon models. Close up magic is where the magic happens up close and personal and is in your hands.

You could book me for anything from an hour to a full day.

I have even been booked by large organisations, schools and local councils to provide a wide range of activities for fun days.

I can provide a circus skills workshop where people can learn how to plate spin, juggle, walk on stilts and use a diabolo. All the equipment is provided and it’s great fun plus you’ll now have a new party trick to show off with.

The circus skills workshop in conjunction with my mix and mingle magic & balloons makes for a great days entertainment, where the emphasis is very much about you all having as much fun as possible.

I can provide any of this entertainment either indoors or outdoors and for the circus workshop I have a custom made roped off circus floor so as passers by don’t get juggling balls and plates flying past their heads.

Please note if you wish for me to provide any of this entertainment outdoors then a suitable indoor space as a backup due to bad weather must also be provided. It’s no fun trying to watch juggling balls whilst getting rained on!

Adam did a fantastic job of entertaining a rowdy bunch of 5 year olds at my son’s birthday party. Great games, lots of variety. Children and parents all left happy. Thanks very much!
Claire Pilkington
24th August, 2016
Booked Adam to entertain the kids at a christening and he was amazing the kids of different ages from 1 – 10 all had a great time and the adults also all said how good and entertaining he was. Already… booked him again for my sons Birthday in October and would highly recommend him for any occasion
Mandy Cotgrave
3rd September, 2017
Absolutely brill . Kids really enjoyed themselves

17th August, 2016
I wasn’t looking forward to having 10 x 8 year old boys in my house and was really sceptical that an entertainer would keep them busy. Luckily I was wrong. Adam did a great job of keeping them enterta…ined and they were all very enthusiastic about taking part. I would definitely recommend Adam

29th November, 2016Absolutely fantastic entertainment at my sons christening the kids enjoyed every minute and a very reasonable price for all that’s included definitely a recommended entertainer!!
Daniel Gill
7th August, 2016
Had the entertainer for my daughters 3rd birthday was fantastic .would recommend for anyone to use him such a nice person to thanks 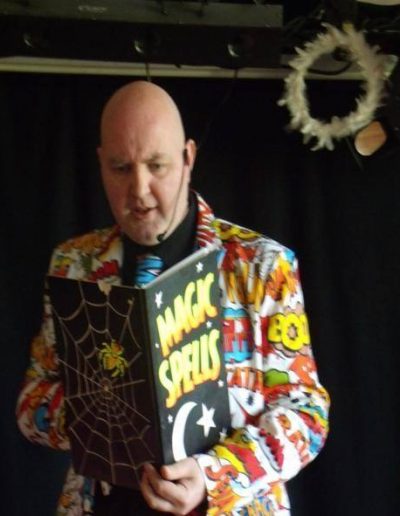 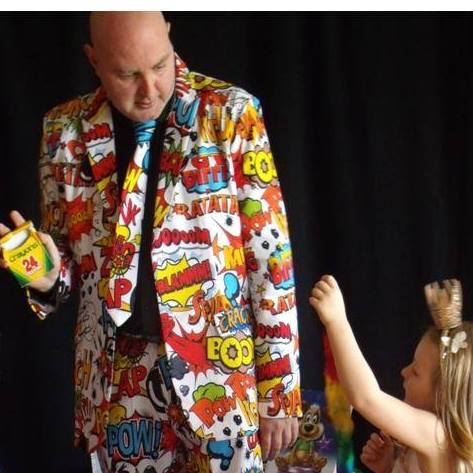 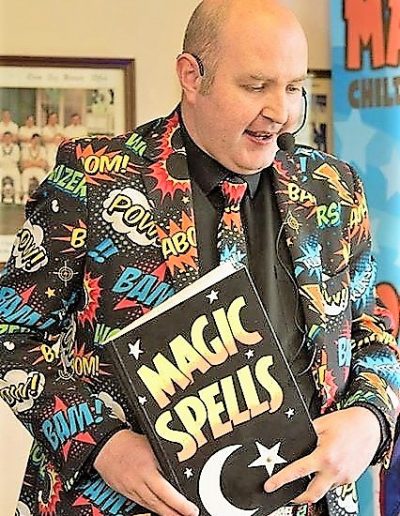 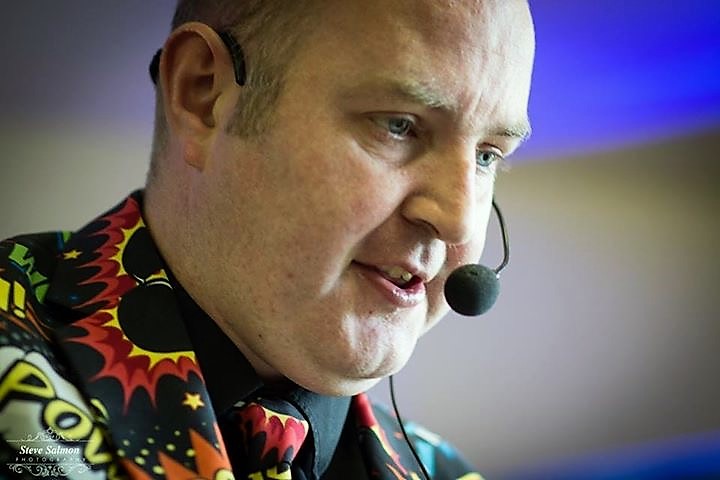