Beer for Breakfast are a professional four piece Irish and Ceili Band, who play a fantastic and lively range of real Traditional and Contemporary Irish music, songs and tunes, as well as Celtic rock and Country rock & roll. We are all professional musicians who came together about 8 years ago from academic, formal, semi-pro and session music backgrounds, to form one of the most vibrant and lively bands on the Irish music scene today. We also do Ceili’s as a five piece band, including a caller for all types of Ceili, with an Irish, Scottish or English flavour! 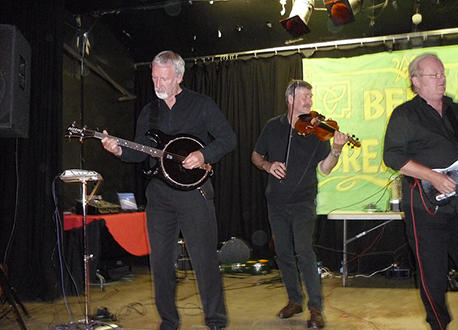 We come equipped and ready to play at all types of music venues from very small gatherings to very large events, e.g. festivals, pubs, clubs, corporate events, weddings, celli’s, birthdays, anniversaries, folk festivals, PTA do’s or for any other reason you wish. We can also play unplugged for that special occasion. If you are thinking of booking us, please email or ring us and we will be happy to discuss all your requirements and requests. We can supply a demo CD and references, you can hear music samples on this site, or you can come to see us play live! We normally split the event into two or three sets with a short break in between, but we are happy to plan our music to fit in with your event if you are having a disco, or any other activities you have planned. If in doubt, contact us to discuss your requirements. This is your event and we want to ensure it runs as smoothly and successfully as possible.

We have a top quality and self- contained PA speaker system, covered by Public Liability Insurance and Electrical Equipment Safety Certificates and are available to play 7 days per week throughout the UK, Ireland and the Continent.

The Swinton Folk Festival was a little wet, due to howling gales, but it didn’t seem to dampen the enthusiasm of those inside the Lancastrian Hall, Best gigs of the event went to Stanley Accrington and a new bunch to me called Beer for Breakfast, (what an awful name,) but nothing awful about their Celtic influenced folk and swing. They did doubly well as their regular fiddler was absent having chopped off his fingers; very bright. Get in touch people if you read this.
– Manchester City Life Magazine

The following night on the Saturday, we went to the Huntington in Manchester and saw the second set of Beer for Breakfast, the band were terrific and the crowd asked for at least two encores
– Manchester Music Review

“Beer for Breakfast are no strangers to the folk scene and have been playing at pubs, clubs and festivals throughout the North West for the past two years. The musical pedigree of the individual players goes back much further: each has a history of playing with different bands for more years than they will admit to. Beer for Breakfast play the best of traditional & contemporary Irish songs and music, generating a vibrant and energetic atmosphere at live performances guaranteed to have you up on your feet dancing and singing or more usually both at the same time. Now with BBC radio performances under their belt, this band are becoming well known for their particular brand of music. They are busy gigging in pubs & clubs round NW England this year and are getting some good write-ups and are just finishing off a CD of their material. As well as the traditional and contemporary Irish songs and tunes, country and Celtic rock, they have been doing Ceili‟s with an excellent caller- so they are very versatile! ”
– Fylde Folk Festival

Thank you so much to all the band for a wonderful gig at our wedding. I hoped you all enjoyed it too. We have received so many positive comments from people of all ages. Some professional musicians who attended also told me they were very impressed! Kind regards, Jane”

“We would both like to say a big thank you for the ceili, it was fantastic and everybody commented on what a good time they had. Thank you again. Frank and Alex”

“Everything went brilliantly – it was a great day and you did a great job, thanks very much to you and the rest of the band. Thanks again, Michael and Emma”

“Hope you had as good a night as we did. Great response from everyone but I new they would.. It would be a pleasure to recommend you. Till we catch up again give our best wishes and thanks to the rest of the band. Speak to you soon. Mike’

“Meant to write sooner, but things have been hectic since the wedding and honeymoon. I just want to say a big thank you for the bands performance at my wedding reception. You went down an absolute storm, and people are still telling me how much they enjoyed it. Thank you especially for your flexibility in staying on for an hour, Kind Regards, Nicola”

Gary and I would like to thank you for playing at our wedding reception. We all had a fantastic, memorable evening. The best Ceili weve ever been to, Thank you, Sarah”

Many thanks to you, Michael and the rest of the band for making our celebrations such a great success. Kate and I and indeed our friends will have many happy memories of a a wonderful night. Many thanks, John and Kate.

Many thanks for a fabulous evening. I’ve been asking round about last night and everyone had a great time thanks. We all appreciated the quality of the music, great that you were recommended. Many, many thanks, Jane, Jo, Hannah, Alison, Laura and other staff.

I Thought I would send you a quick note to say what a fantastic night Saturday night was – I have lost count of the amount of people who have said how much they enjoyed the ceili and what a great atmosphere it was. Hope you enjoyed it too!! Many thanks for a great night & managing to get everyone up and dancing. Jill

Just to thank you all so much for a really fantastic night – everyone was singing your praises – it was great, we all enjoyed ourselves so much.

Many thanks for playing at Whitewell; you made the reception for us. We have had so many comments from people saying how much they enjoyed it and what a change from a disco. Once again many thanks, Kath & Niall.

Hello, Just wanted to say thanks very much for playing at our wedding. You were absolutely fantastic. Everyone enjoyed you, even the pub bar man said it was the best band they had ever seen in there. We will definitely recommend you and book you again for any future events, regards Sharon & Graham

The night was superb, everyone we’ve spoken to said they had a brilliant time. Party went on until 5am. Thanks for everything, I’ll be sure to recommend you guys to anyone who’s having a wedding in the area!!. All the best and thanks again, John

Thanks very much for a very enjoyable evening, on the occasion of my parents wedding anniversary. I am very happy to say that the evening was a great success and enjoyed by all. Amazingly I actually made it to breakfast and the talk was of how much those present had enjoyed the whole of the evening – Dennis

Thank you very much for Saturday. Everyone i have spoke to have commented on how good you were, and how much they enjoyed themselves. I hope you had a good night and returned safley. Our day as a whole was fantastic and largely down to the entertainment you provided. thank again. Leon and Sam

Following a great wedding and superb Honeymoon Jackie and myself are just coming back down to earth and would like to thank you all for providing what can only be described as ‘top quality’ entertainment for our evening guests. Numerous guests commneted on how fantastic the night was and how brilliant it was to have a live band playing excellent music and getting people up to dance. Were so glad we found you and would like to thank you for helping make the day so memorable & special. Many Thanks, Jackie & Tony

Everything went very well. We were absolutely delighted with Beer For Breakfast, we feel that you helped to make our special day even more special. All of our guests without exception have commented on how good you were and what fun they had. We were at another wedding last weekend and everyone who had also attended ours kept coming over and telling us that the band was not in the same league as “the fantastic ceilidh band” at our wedding! If we ever need a band for a function again Beer For Breakfast will be our first choice! Thank you once again, Julianne and Richard

We just wanted to say a HUGE thank you for your superb work on Friday night. People were coming up to us saying ‘this lot are fantastic…where did you find them??’. Everyone had a ball thanks in no small part to the brilliant atmosphere you guys created. Thanks again, we wouldn’t hesitate to recommend you, feel free to put anyone our way who’d like to know what you’re like! Sincerely hope to see you again in the future. Warm regards Eileen & Peter

Yeah you guys were brilliant! So sorry it started so late but we had the worlds longest speeches-you know how it is. Thanks for a great night. We’ll recommend you guys to anyone else looking for entertainment. Kate

We had a fantastic time, and have been getting nothing but positive feedback about the ceilidh. Thanks for making it all run so smoothly. Best wishes, Hannele 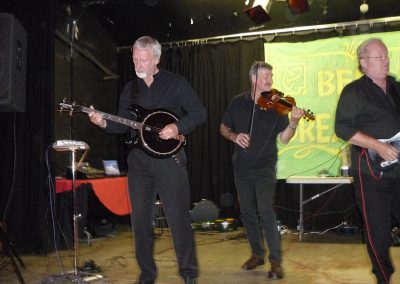 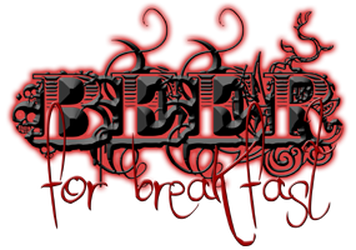 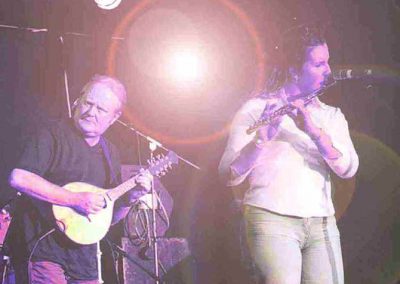 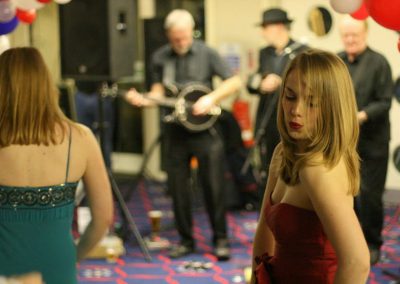 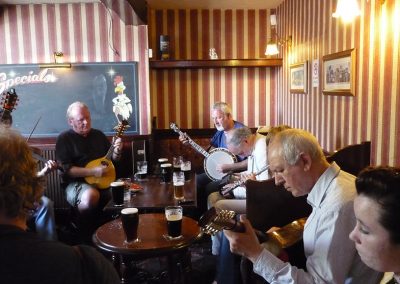 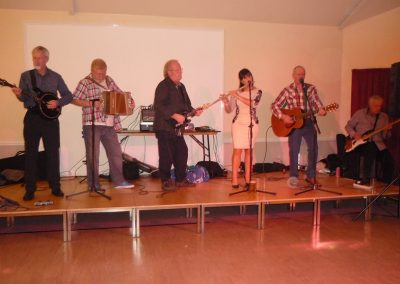 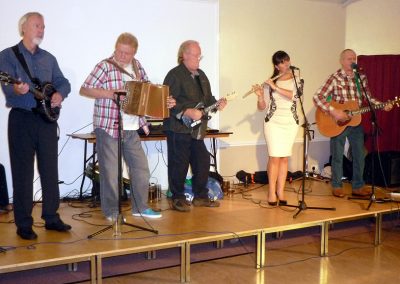 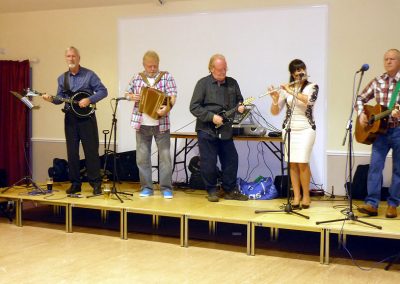 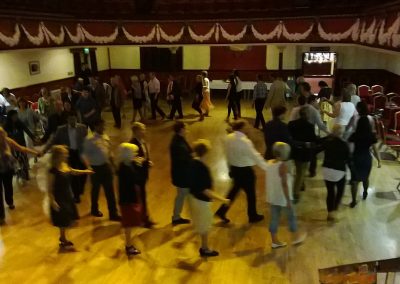 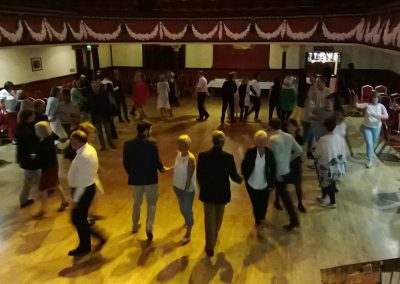 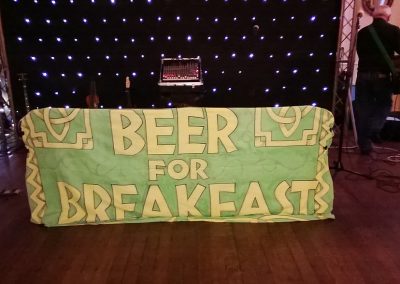 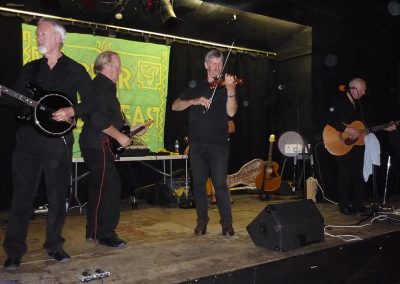 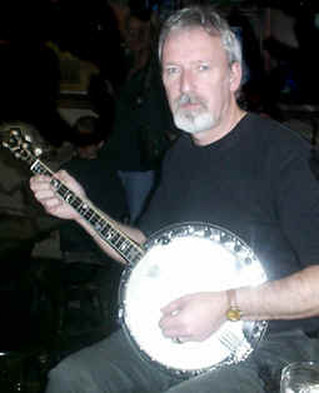 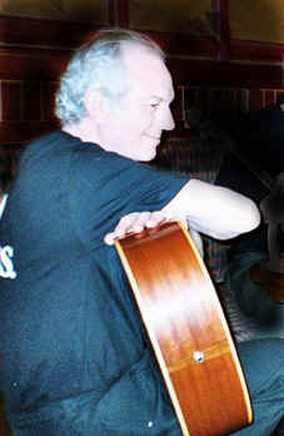 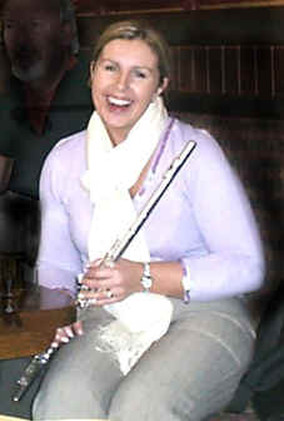 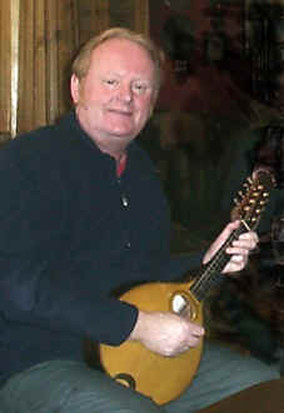 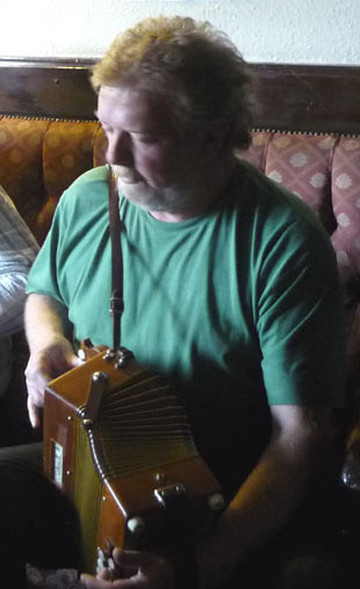