Kimberley’s soulful vocals lend themselves especially well to soul and Motown covers, but Kimberley’s versatile voice enables her to sing a wide variety of music from the 1940s to date, including pop, disco, rock, soul, blues and jazz. 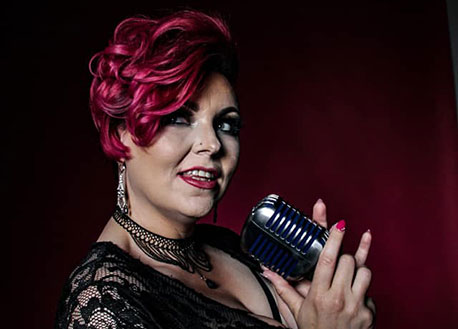 Kimberley has been entertaining audiences across the country since 1998 when she first took to the stage as a backing singer for Ray Lewis of The Drifters. Since then, she has fronted cabaret duos, and original music bands, and ultimately went solo in 2010.

As a solo artist, she has not only performed at bars, pubs, clubs, and hotels, but also for public and private events. Over the years, she has graced some wonderful stages and productions, including: The EVA Awards, Downtown in Business Awards, 53 Degrees, Preston Christmas Lights Switch On 2010, The Lowry Theatre, The Aeronaut, Madame JoJo’s, Volupte, Albert’s Schloss – amongst many others. In October and November 2016, she performed alongside Breakdown Productions and the inimitable Tess Burrstone in a Burt Bacharach Tribute show at Congleton Town Hall and Exmouth Pavillion .

A Little Respect
Ain’t Nobody
All About That Bass (including Post-Modern Jukebox version)
All of Me
All That Jazz
Anyone Who Had A Heart
Around the World
At Last
Autumn Leaves
B-A-B-Y
Baby Baby
Baby It’s You
Baby Love
Baby One More Time
Back to Black
Band of Gold
Be My Baby
Big Spender
Big Yellow Taxi
Black Velvet
Bohemian Rhapsody
Build Me Up Buttercup
Can’t Take My Eyes Off You (Lauryn Hill)
Car Wash
Celebration
Cheap Thrills
Close to You
Clown
Crazy in Love (2014)
Cry Me A River
Da Doo Ron Ron
Do You Love Me?
Dock of the Bay
Don’t Let Go (Love)
Don’t Stop Me Now
Downtown
Dream A Little Dream of Me
Dreams
Empire State of Mind
Every Breath You Take
Everything I do (I Do It For You)
Faith
Fallin’
Fat-Bottomed Girls
Feeling Good
Fever
For Once in My Life
Freedom
Get Here
Halleluja
Hanky Panky
Happy
Help!
Hero
Higher and Higher
Hot Stuff
How Come You Don’t Call Me?
Hungry Eyes
Hurts
I Get The Sweetest Feeling
I Got Trouble
I Got You (I Feel Good)
I Heard It Through The Grapevine
Imagine
I Just Want to Make Love To You
I Put A Spell on You
I Think We’re Alone Now
I Want to Break Free
I’ll Never Fall in Love Again
I’m Every Woman
I’m Outta Love
I’m Still Standing
Is You Is Or Is You Ain’t My Baby?
It’s Raining Men
Kiss
Knock on Wood
L-O-V-E
Let’s Face the Music and Dance
Let’s Hear It For The Boy
Let’s Stay Together
Like a Virgin
Linger
Locked Out of Heaven
Mad About the Boy
Make You Feel My Love
Man!I Feel Like A Woman
Material Girl
Maybe This Time
Mercy
My Girl
Natural Woman
Never Too Much
Next to Me
One Kiss
One Vision
One Way or Another
Over the Rainbow
Perfect (Fairground Attraction)
Perhaps Perhaps Perhaps
Piece of My Heart
Please Mister Postman
Poison
Proud Mary
Rainy Days and Mondays
Reach Out (I’ll Be There)
Rehab
Rescue Me
River
River Deep Mountain High
Rollin’ in the Deep
Say A Little Prayer
Send My Love to Your New Lover
Shoop Shoop Song
Shout
Signed Sealed Delivered
Simply the Best
Somebody to Love
Something Inside So Strong
Something’s Got A Hold On Me
Son of a Preacher Man
Song Bird
Stand By Me
Stop!
Summertime
Sun Comes Up
Superstition
Sway
Sweet Child O’ Mine (Post-Modern Jukebox Version)
Tainted Love
Take a Chance on Me
Teardrops
That Man
That Ole Devil Called Love
The Living Years
There’s Always Something There to Remind Me
These Are the Days of Our Lives
These Boots Are Made For Walkin’
Thinking Out Loud
Ticket to Ride
Torn
Total Eclipse of the Heart
Touch Myself
Toxic
Unchained Melody
Up On The Roof
Upside Down
Uptown Funk
Valerie
Walk On By
Waterloo
Wayfaring Stranger
We Are Family
We Are The Champions
We’ve Only Just Begun
What’s Love Got to Do With It?
When We Were Young
When You’re Good to Mama
Why Don’t You Do Right?
Wonderful World
Yesterday
Yesterday Once More
You Can’t Hurry Love
You Keep Me Hangin’ On
You Know I’m No Good
You Might Need Somebody
You To Me Are Everything
You’ll Never Walk Alone
You’re My World
You’re Still the One
You’re The Voice

As a solo artist, she has not only performed at bars, pubs, clubs, and hotels, but also for public and private events. Over the years, she has graced some wonderful stages and productions, including: The EVA Awards, Downtown in Business Awards, 53 Degrees, Preston Christmas Lights Switch On 2010, The Lowry Theatre, The Aeronaut, Madame JoJo’s, Volupte, Albert’s Schloss – amongst many others. In October and November 2016, she performed alongside Breakdown Productions and the inimitable Tess Burrstone in a Burt Bacharach Tribute show at Congleton Town Hall and Exmouth Pavillion . 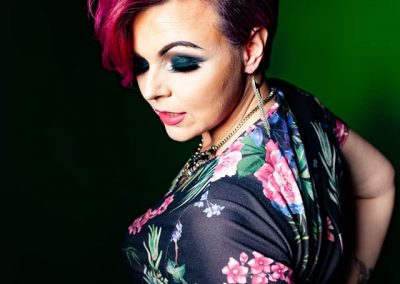 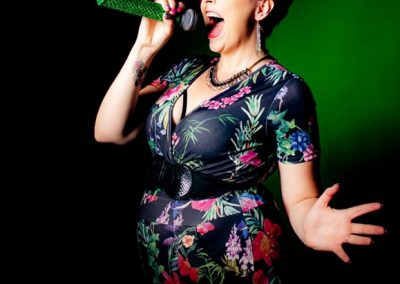 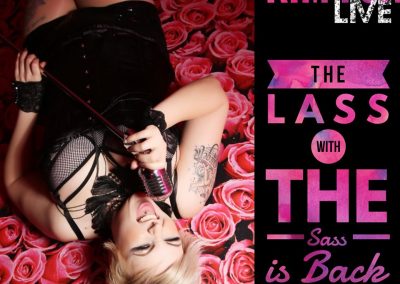 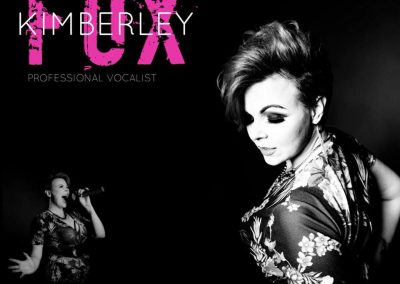 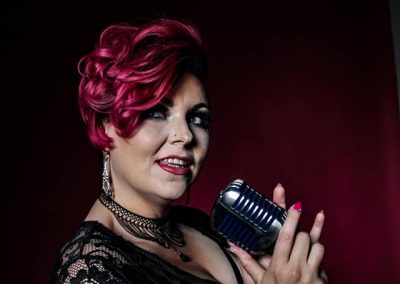