Russell is in constant demand all around the country. Russ has performed for all the major Political Parties at their annual conferences, he has left the cast of Emmerdale dumbstruck and he has also been a regular performer on board the world famous Orient Express. 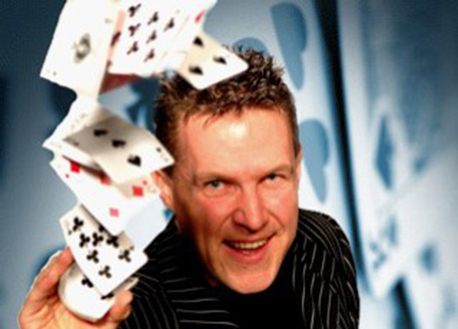 Russell has captivated, amused and amazed some of the world’s top Celebrities and Politicians including George Clooney, Ant And Dec, Bradley Walsh, Joe Pasquale, Gordon Brown, John Prescott, Michael Howard and many others.

In 2009 Russell was honoured to be awarded The Kenn Dodd Comedy Award.

Russell has recently produced ‘Russ Brown’s Carnival of Magic’ which is appearing throughout October at Blackpool Pleasure Beach.

“Seriously, is this a trick or do you have real powers?” – Johnny Vaughan, Channel 4’s, The Big Breakfast.

“I normally think things like that are cac!… But Russ is really, really good!!” – Joe Pasquale.

“Excellent magician, kept everyone entertained. Thank You for a brilliant night and staying a bit longer.” – Mandy, Murraywood construction Ltd. 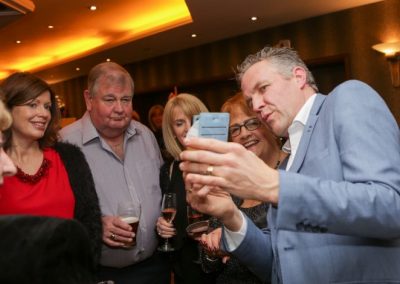 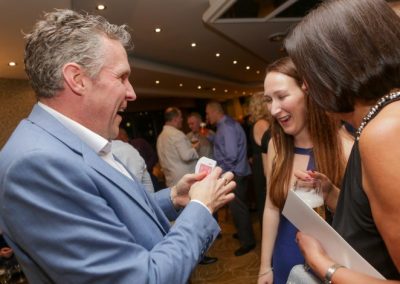 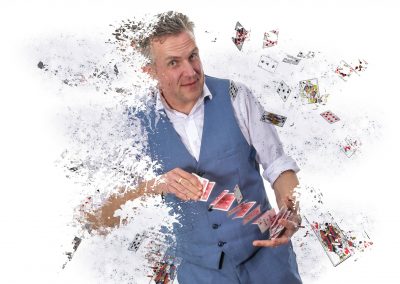 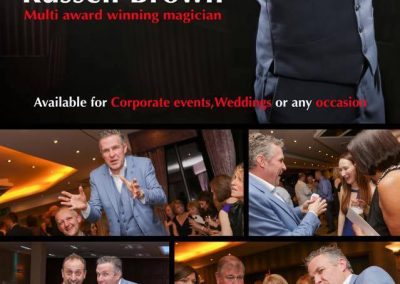 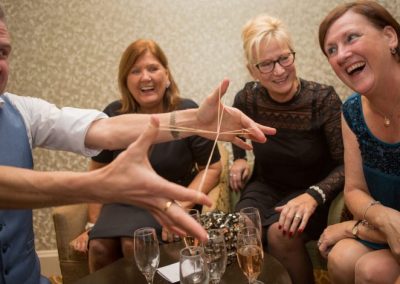 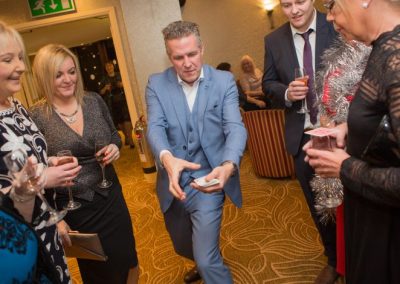 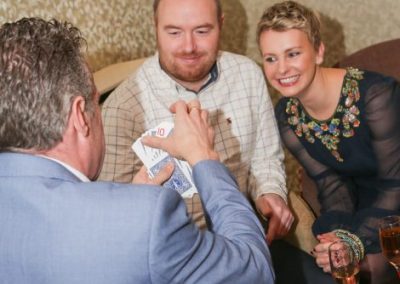